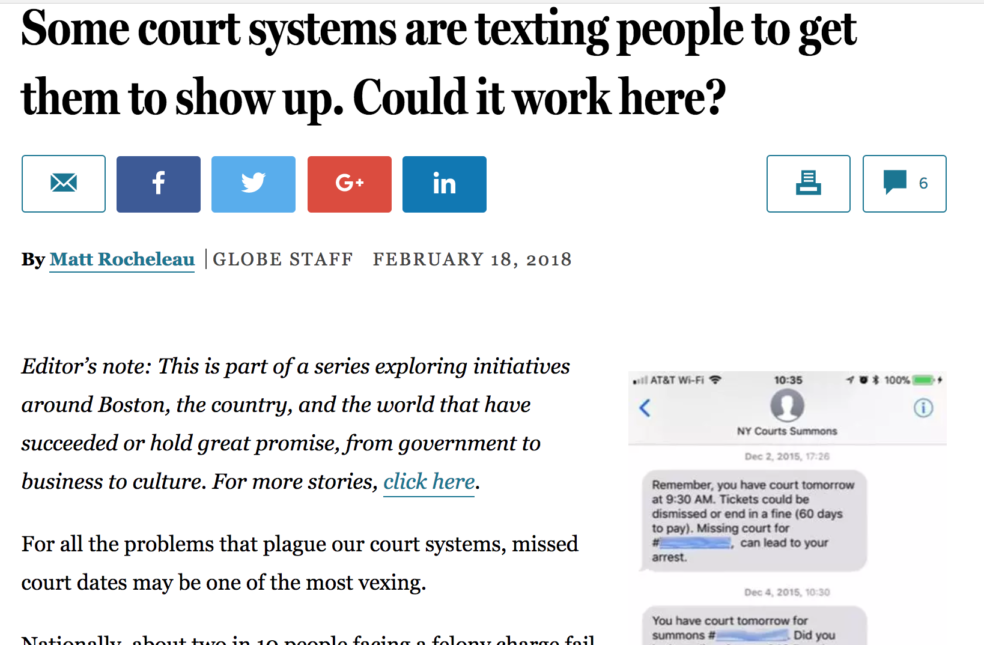 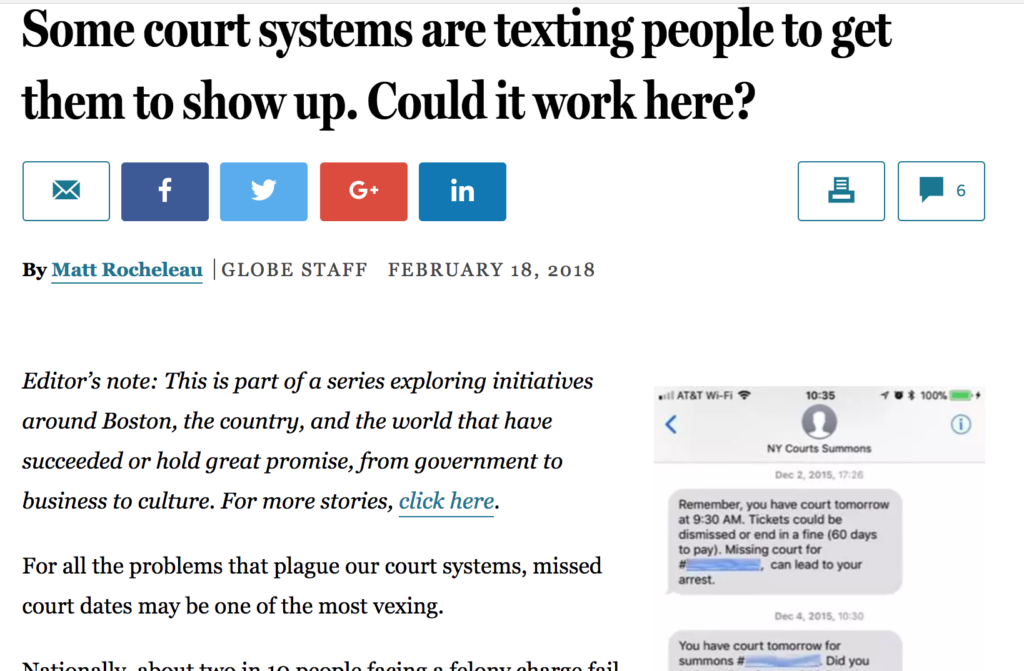 Matt Rocheleau at the Boston Globe profiled court texting programs going on around the country, for defendants, jurors, and probationers.

The texting concept, which experts say is both low-cost and fairly easy to implement, has proven effective at getting more people to show up to court in places like New York, New Jersey, Oregon, California, and Minnesota, thereby helping to avoid what can be serious repercussions for individuals and the justice system as a whole. And that’s led some to wonder if it could work in Massachusetts, where small-scale pilots recently began.

“It’s a bit shocking that something so simple could have such a big effect on the rate of people attending court dates,” said Aurélie Ouss, a University of Pennsylvania criminology professor, who coauthored a newly-released study on a texting reminder program recently piloted for 16 months by New York City courts.

In 2016, the New York City Criminal Court system reported that about four in 10 people issued a summons missed their court date and the city has been anxious to find a fix.

The reminders, sent to a randomized group of about 12,700 people who received summonses ordering them to appear at courts citywide for low-level crimes, cut failure-to-appear rates by about 26 percent during the test period.

“We’ve found that these gentle nudges help New Yorkers remember when and where their court appearance is and reduce failure-to-appear rates, and that progress is a great step toward a fairer justice system,” Mayor Bill de Blasio said in an announcement last month about the city’s plans to expand the effort to all defendants who receive a summons.